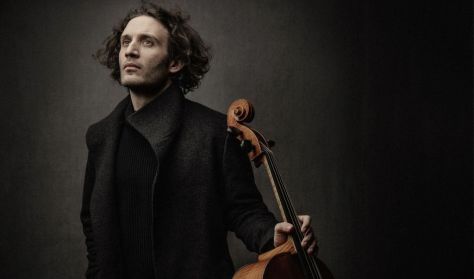 Countertenor Kangmin Justin Kim might as well have come from a K-pop band: to his extravagant, cheeky style is added a voice that has landed him in the top lists of several international classical music magazines.
more

He will be the soloist of the ensemble led by Nicolas Altstaedt. The cellist “is an artist in a category on his own” as a reviewer in the Hamburger Abendblatt put it. We can also learn from other reviews that, behind the charming looks, there are musical extremes, incredible technique, warm tone colors and direct communication. This fire and audacity will meet one of the most beautiful vocal works of the Baroque period, the masterpieces of the cello literature, Handel’s tales, Caldara’s elegance, Vivaldi’s freshness and Sigrid T’Hooft’s authentic stage gesture to provide a truly unforgettable Baroque program with period instruments.

The kaleidoscopic linking of the instruments of the string orchestra – this is the basis of the ever-fascinating diversity of Handel’s Twelve Grand Concertos, Op. 6, composed within a single month. In the first movement of the piece in D minor, resembling a dance suite, a meticulous French overture with dotted notes is followed by the complex and often dramatic fugue. Next comes the melancholic Air in stile antico and then a fast movement resembling an allemande and a courante. The piece is concluded by a cheerful gavotte-like finale, playing with the contrast of the high and low strings.

Born in Venice, composer of great concertos and called Antonio but not Vivaldi – who is it? Although you can rarely meet Caldara’s name in today’s concert halls, he was a significant composer in his own age, whose music was often studied by Bach. He played several string instruments and was especially attracted to the cello. He wrote the Concerto in D minor while he was a court composer in Austria. The elegant and dramatic opening movement, built on imitation, is followed by a siciliano style Adagio and then the light and lively finale.

Vivaldi, who was two years younger than Caldara, also followed the three movement concerto structure of the Venetian School. In his concertos, instead of a group of instruments, a soloist plays against the orchestra. He composed his Cello Concerto in A minor, one of his more than 25 concertos written for the instrument, shortly before his death. In the first movement, an aria from the oratorio Juditha triumphans appears. The chromatic music conjures up the image of a swallow tossed about by the raging wind. After the slow movement, the finale combines the rondo and the variation form.

Imprisoned by King Minos, Daedalus and his son chose a very special way of escaping. The great craftsman father builds a wing from feathers glued together with wax. However, the disobedient and curious Icarus flies too close to the sun, the wax melts and the greedy son drowns in the sea. As rumor had it, the 22-year-old Handel courted a prince’s mistress, so Benedetto Pamphili’s edifying and allegorical text used by the composer for the beautiful cantata embellished by a remarkable viola da gamba solo might have been addressed to her.

Season ticket Liszt Academy/4 Emmanuel Pahud has the virtue, typical of the greatest soloists, of not simply playing a piece,…