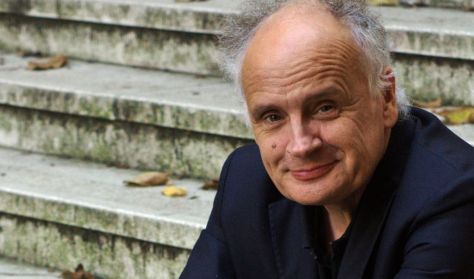 A smallish concerto – this sounds a proper equivalent of the Italian word concertino. As part of BFO’s series, this evening focuses on pieces that were performed without a conductor, by ensembles smaller than today’s symphony orchestras.
more

The chamber orchestra is once again led by the violinist János Pilz as concertmaster. The program covers a time-span from the early 18th century to the end of the 19th, beginning with a piece fitting the Advent season, Corelli’s Christmas Concerto, his best-known composition. This is followed by the Haydn’s Violin Concerto, drawing on Baroque patterns. The soloist is a founding member of the Festival Orchestra, Tímea Iván. After Carl Philipp Emanuel Bach’s String Symphony, with a wide range of emotions, an unusually cheerful Serenade by the young Josef Suk, a pupil of Dvořák’s, wraps up the concert.

“Fatto per la notte di Natale”, that is, “made for Christmas night” – so goes the inscription at the beginning of Corelli’s most famous piece, part of his Op. 6, consisting of twelve concerti grossi. The piece was first published in 1714, a year after the composer’s death, but it may have been composed a quarter of a century earlier. Complying with the traditions of the genre, the orchestra (ripieno) faces a chamber formation (concertino) the latter now being two violins and a cello. The best-known part of the piece is its festive, magnificent pastoral final movement.

Serving at the Esterházy court, Haydn focused primarily on orchestral music. The outstanding concertmaster of the court ensemble, Luigi Tomasini, inspired Haydn’s compositions several times, hence the inscription on the title page of the Violin Concerto No. 1 from the middle of the 1760’s: “fatto per il Luigi” – “for Luigi.” Scored in bright C major, the splendid, elegant opening movement resembles 17th century French overtures. In the slow movement, a simple motif develops into a lyrical song, whereas the Finale offers a colorful palette of string instruments.

Carl Philipp Emanuel Bach was strongly influenced by the Enlightenment: he composed passionate, upsetting, touching music. “Give yourself free rein, without regard to the difficulties of execution, which are bound to arise;” so did the Baron Gottfried van Swieten encourage him upon commissioning his six symphonies for strings. The result is virtuoso playing on the strings, exciting moods and changes in harmony, intimate slow movements, chromaticism, drama, and melancholy. The three movements of the Symphony in C, played attacca, travel from blizzard to intimacy to menacing darkness.
“Do something cheerful for a change,” was Dvořák’s farewell advice before the summer recess to his eighteen-year-old pupil, Suk, who had always come up with gloomy pieces. And sure enough, in the summer of 1892, the rich yet gentle and sunny Serenade in E flat major was composed. The first movement, of moderate tempo, resembles Brahms’ Violin Concerto. The Scherzo displays dance rhythms somewhat slowed down. The heart of the piece is a surprisingly slow, lyrical movement; and the Serenade ends in a light-hearted Finale.

This year marks the sixth anniversary of Malek Andi Soulistic, who have given us a new understanding of the sound…