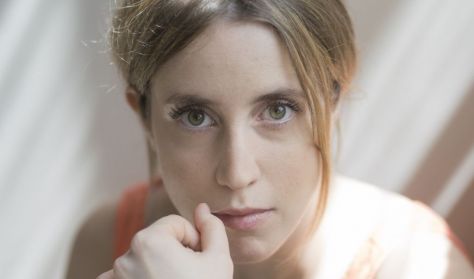 The charming Vilde Frang will be the soloist of the Festival Orchestra yet again! “Frang has the knack of breathing life into every note” – wrote the critic of BBC Music Magazine about the musicianship of the Norwegian violinist. This time she is to breathe life into Bartók’s score, one of the most demanding concertos in musical history, his Violin…  more

To begin the colorful program, a few of the vocal works by Monteverdi, accompanied by an ensemble of instruments, will be performed. The composer reconsidered the relationship between music and words in a revolutionary way. Following Baroque musical jokes and 20th century sounds, the second part of the concert features Schubert’s most significant instrumental work, a milestone of romanticism, the last symphony he finished.

1607 was a significant turning point in Monteverdi’s life, hence in the history of music as well. His groundbreaking opera, L’Orfeo, was premiered and the first volume of Scherzi musicali was published. Written for three voice parts and instrumental continuo, the characteristic rhythms and atmosphere of the eighteen short pieces evoke the pastoral surroundings of the 5th book of Madrigals, published two years earlier. The Foreword to the Scherzi musicali collection carries on the debate caused by the Book of Madrigals and champions seconda pratica, Monteverdi’s new style of composition, summing it up like this: “Make the words the mistress of the harmony and not the servant.” The second volume of vocal compositions attempting to express the words was published in 1632.

Bartók never made his early works public; still, his Violin Concerto, which he considered his only one, and was composed three decades after his early concerto, is now commonly called the Second. He was to compose a classic violin concerto, commissioned by violinist Zoltán Székely in 1936. Bartók rather wanted a set of variations – the result being a three-movement piece presenting variations on the Hungarian folk song “Két szál pünkösdrózsa” (Two Peonies) throughout the movements. The first movement includes special violin techniques, a twelve-tone yet tonal theme, and quarter tones. The set of variations of the slow movement (measure: 9/8) contains elements of the verbunkos (a Hungarian dance) while the last part is a diabolical rondo that can be regarded as a free variation of the opening movement.

The serial number of “The Great” symphony in C major is somewhat unclear. After his first six, Schubert started working on several symphonies but finished only one of them – the work we know today as his Ninth. It lasts one hour, or as Schumann put it, it is of “heavenly length”, breaking the limits set by classic standards; musicians and the public both needed a long time to get to grips with this grandiose work of art. The borderlines between the regularly shaped parts are blurred with amazing transitory passages. In the symphony, Schubert treats his instruments as human voices or as a choir, from the French horn’s motto in the introduction; to the march in a minor key in the slow movement burnishing into a breathtaking major key; to the tutti of the wind instruments in the Scherzo; to the citation of Ode to Joy in the gigantic Finale.

The music of James Bond