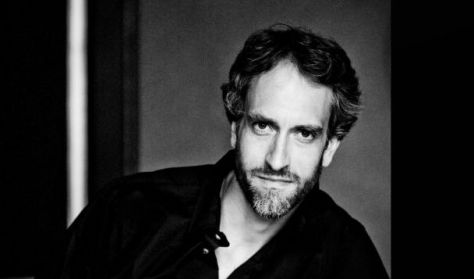 Schumann, Mahler and Brahms: three markedly different personal styles of German Romanticism and the turn of the 20th century.

The Manfred Overture was inspired by Byron, and Kindertotenlieder by Rückert. Many people know that György Vashegyi, who will be taking the helm of the Hungarian National Philharmonic Orchestra joined by the superb German bass baritone Christian Immler and the outstandingly talented Hungarian pianist Mihály Berecz, is highly knowledgable about the Romantic period in addition to being a leading expert on early music, but since we only rarely hear him conduct works from the later era, this evening promises to be a special experience.

Schumann wrote his incidental music to Manfred in 1848 and premièred it in 1852 at a concert held in Leipzig’s Gewandhaus. The most popular part of the work is the overture. Two of Friedrich Rückert’s six children died of scarlet fever. The great German poet attempted to process his grief in 428 pieces of verse. It was five of these that Mahler set to music between 1901 and 1905. Fate took a cruel turn two years after he completed the tragic song cycle when he had to bury his own daughter, Anna-Maria. Brahms completed his Piano Concerto No. 2 in B-flat major in 1881, and the world première of this four-movement, symphonic work that exudes depth took place in Budapest, with the composer himself serving as the soloist at a concert of the Budapest Philharmonic Orchestra.

The successful opera and concert singer Christian Immler gained his initial musical experiences as a member of the world-famous Tölz Boys’ Choir. At age 25, Mihály Berecz can boast awards from numerous music competitions. He made his Müpa Budapest debut ten years ago, with Zoltán Kocsis conducting. György Vashegyi is the founder and leader of the Purcell Choir and Orfeo Orchestra and has been a key figure in the performance and teaching of historically informed early music in Hungary for more than three decades.